In 2002, an important epidemiological study on the global perspective on suicide was published by Bertolote and Fleischmann [1]. Among the interesting data presented, a graph on the differences of suicide rates according to religion affiliation was included (see graph below).

From a quick look at the graph, it would seem that religion is a protective factor against suicide. In fact, a recent systematic review (2016) by Ryan Lawrence, Maria Oquendo and Barbara Stanley [2] confirmed that religion may work as a protective factor. However, the same review goes further: the relationship between religion and suicidal thoughts and behaviours is more complex than we may think, as religion has a multitude of dimensions (e.g., affiliation, participation, doctrine) as can be said of suicide (e.g., ideation, attempt, completion). Although the review goes in depth looking at this relationship, the majority of the selected papers show that religion works as a protective factor against suicide by providing a supportive community, modelling one’s viewpoints about suicide, providing sources and beliefs of hope, purpose in life, and ways to interpret suffering. An area of research that the authors of this review classified as “under-studied” is the question why religion is sometimes associated with increased suicide risk. Some studies show the escalation of suicide risk related to some specific aspects of religion such as when it leaves a person feeling guilty, distant from God, or abandoned by the community (p. 15). What about minority groups inside religious communities whose lives, aspirations and beliefs differ from the mainstream doctrines, such as LGBT people? Could religion also be a protective factor against suicidal thoughts and actions for this group?

In May 2015, Italian and Spanish researchers conducted a study about the role of sexual orientation on suicidal ideation [3]. Included in the results, religion appeared to work as a risk factor for the development of suicidal ideation amongst homosexual and bisexual young adults. Their model also indicated that religion worked as a protective factor against suicidal ideation only for people of heterosexual orientation. One of the possible explanations taken into consideration by the authors to understand these results was the potential existence of internalised stigma, since homosexuality is often considered to be a sin in more conservative sectors of several religions and a controversial issue within the majority of the Catholic and Protestant communities.

The authors of this study make important points when interpreting these results. They affirm that, in general, religion aims at creating existential reasons to live and typically condemns suicide. But for LGBT youth, religious teachings may contribute to increase stigma and prejudice, therefore enhancing suicide risk. Some fundamentalist religious institutions demonstrate an open and clear abomination towards LGBT identities and are against relationships between same-sex people. These homophobic messages may indirectly allow discrimination inside the community members. As a consequence, adolescents who live in more religious homes may experience daily rejection and conflict on their sexual identities and romantic relationships, and the rejection may even come from their parents or other family members, according to the authors.

Annie Shearer and colleagues also suggest that people attracted to the same sex may internalise those discriminatory messages, resulting in feelings of self-hatred, shame, and guilt (a phenomenon also identified as internalised homophobia). Shearer and colleagues mention that some research [5] suggests that adolescents who feel they should choose between their religion or their sexual identity report higher levels of internalised homophobia in comparison with those adolescents who do not experience the religion–sexuality conflict.

Although these studies have their limitations, they bring important messages to rethink the role of religion on suicidal thoughts and behaviours. While religion may bring meaning of life for some people, it may also put others at risk. Historically, the relationship between the church and homosexuality, for instance, has not been very positive, with slow progress in dealing with the issue of sexual discrimination. However, positive examples such as the Scottish Episcopal Church have shown that it is possible to expand integration, address exclusion and inequality, and make religion a more inclusive community.

Tackling any form of discrimination and prejudice is important for suicide prevention. Suicide is not only about psychopathology, but it is also and mainly about contextual factors and invalidating environments that make one feel trapped. Being involved in suicide prevention means being involved in a structural change, promoting integration, sense of belongingness and respect to the diversity.

*Photo by Karl Fredrickson on Unsplash. 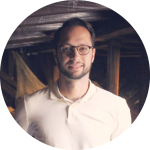 Tiago Zortea (@zortea_tiago) is a Clinical Psychologist and a postdoctoral researcher in the Suicidal Behaviour Research Laboratory, University of Glasgow (Tiago.Zortea@glasgow.ac.uk).

1 thought on “Is religion protective against suicidal behaviour for LGBT individuals?”