“No matter what you are going through, there is help out there; suicide is not the solution”

The above is an important message from Professor Rory O’Connor, an expert on suicide research and prevention, regarding the recent airing of 13 Reasons Why, a TV series about a teenage girl’s suicide. Reading this, I started thinking about one particular group of people working on suicide prevention: those who pick up the calls at suicide helplines.

Although I now approach issues relating to suicide as an academic researcher, I often draw on my past experiences as a psychologist and someone who worked on a 24/7 suicide helpline. Assessing the needs of clients with suicidal behaviours requires effective therapeutic techniques, sound counselling skills, and the ability to listen empathically to people’s pain. These skills are critically important when the phone rings and you get to listen to and support someone who, for a variety of reasons, feels hopeless, alone, and unable to communicate their unbearable pain to others. The empathic character of a worker in a suicide helpline though is often influenced by their own feelings and thoughts, and during a shift the fear of not effectively supporting a caller can be very distressing.

Continue reading this article at >> IHAWKES 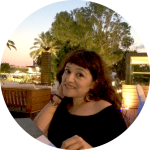