Today is the International Day Against Homophobia, Biphobia, Interphobia and Transphobia (IDAHOBIT). IDAHOBIT happens every year on the 17th of May and provides an opportunity for people (LGBTI people and our allies) who feel able, to stand visibly against discrimination and harassment faced by LGBTI people.

Does that really happen anymore?

One of the most common questions I get whenever I talk about these types of oppression, is whether I think it (homophobia, biphobia, interphobia, transphobia) still happens. My answer is yes. I still remember the first time I experienced homophobia. I was fourteen and holding hands with one of my best friends when an older woman shouted homophobic abuse at us. Now actually, my friend and I were exactly that, just friends, at our school it was just common for friends to hold hands. However, as a young queer woman, I remember feeling that fear of having abuse shouted at me simply for holding hands, and I remember feeling her hatred just for my existence. Instances like this have continued over the course of the intervening 16 years, as strangers choose to respond in inappropriate and often aggressive ways to hands held and goodbye kisses with partners; from the middle-age man who spat on me and shouted abuse, to the young men who asked when their turn was in a nightclub. It is these instances that mean days like IDAHOBIT are necessary.

What’s that got to do with suicide research? (I hear you ask)

The World Health Organisation name LGBTI people as at heightened risk of suicide and cite discrimination as a key cause of this [1]. Indeed, homophobia, biphobia, interphobia, and transphobia are often pointed toward as the key difference between LGBTI people and their heterosexual, cisgender (non-trans) peers, that results in LGBTI people having higher rates of mental ill health, including suicidal thoughts and suicide attempts. It is proposed that in addition to the day-to-day stresses that everybody faces (how to pay your bills on time, not irritate your co-workers and family too much, and wear two matching socks on all week days), LGBTI people face additional specific stresses related to their LGBTI identity [2]. These stresses are chronic; they can be individual, internalised, or institutional; they can be actualised (with direct experiences of homophobia, biphobia, interphobia or transphobia) or anticipated (anticipating these experiences); and they build up over time to contribute to poor health outcomes [2] [3] [4].

My research looks at LGBT+ young people’s experiences of suicidal thoughts and attempts. Research in this area has frequently focussed on prevalence [5] [6] [7] [8], whilst also making reference to discrimination as a risk factor for suicide. Although the relationship between discrimination and harassment, and suicide has been widely accepted, the focus on the effect of discrimination and harassment on young LGBT+ people has been criticised for not taking the time to explore other more nuanced differences in young LGBT+ people’s experiences that may also contribute to the development of suicidal thoughts or attempts [9]. For example, research in this area does not always disaggregated lesbian and gay, bisexual, intersex, and trans people’s data, and does not take other characteristics into account (e.g., location, socio-economic status, gender, ethnicity, to name a few). So for example, there is an acute lack of data on the experiences of trans young people, and the data that we do have has in some instances been poorly handled (for example comparing trans people to heterosexual people, when in actuality a person could be both trans and heterosexual), and data is often collected in gender identity clinics where young people can feel pressured to both prove that they are stable enough to make decisions about medical treatments they desire, and distressed enough to warrant receiving medical treatment [9].

That is not to say that discrimination and harassment do not have an impact, far from it! However, it is to say that we need more information about how and why experiences of discrimination and harassment impact on some LGBT+ young people in this way, and not on others. Understanding this bigger picture I argue, requires qualitative research. As has been previously talked about on this blog [10], broadly in suicide research there has been a focus on quantitative work [11], and particularly amongst LGBT+ young people there has been a lack of qualitative exploration to try and understand from the perspectives of those young LGBT+ people with lived experiences of suicidal thoughts or attempts, what they have found contributed to and helped during those experiences [9]. This is then compounded here in the UK, where I argue that a reticence to ask young people about (i) their sexual orientation; (ii) whether they consider themselves to be trans; (iii) and their experiences of suicidal thoughts and attempts, acts as a real barrier to us understanding these experiences and developing effective intervention and prevention work. Although there have been some fantastic strides in this area in England and Wales [9] [12] [13] [14] [15] [16] [17], there remains a real lack of data about young LGBT+ people experiences of suicidal thoughts and attempts in Scotland.

Ending homophobia, biphobia, interphobia, and transphobia is obviously a huge undertaking, but I think our work in the suicide research community can go a little way to challenge it. In order to understand the suicidal thoughts and behaviours of young LGBT+ people we need to have better data, use the data we have better, and ask different questions. A blanket acceptance of homophobia, biphobia, interphobia, and transphobia as causing poor mental health outcomes, without stopping to try and understand society’s active role in this and how to challenge it misses out a crucial element. In understanding the active construction of discrimination and harassment, and how these LGBTQI+ specific oppresssions insect with other types of oppressions (racism, sexism, classism, ableism, for example), we challenge what has often been quite an othering and individualising narrative, and in a tiny way move the narrative away from quite such a pathologising position. I hope you’ll try in your area to do your bit. 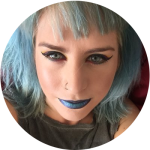 Hazel Marzetti (@HazelMarzetti) is currently studying a PhD in Public Health at the University of Glasgow’s MRC/CSO Social and Public Health Sciences Unit (h.marzetti.1@research.gla.ac.uk). She is particularly interested in how suicide affects the lives of LGBT+ people aged 16-24 living in Scotland, and what can be done to help.