Suicide continues to be a major public health concern worldwide, and is one of the leading causes of death in young people aged 15-24 (World Health Organisation, 2014). University students represent a particularly high risk group for the development of suicidal thoughts and behaviours. A survey conducted by NUS in 2013 highlighted that 33% of students within the UK reported having thoughts of suicide (NUS, 2013) and 130 students from England and Wales took their own lives in 2014 (National Office for Statistics, 2016). This is the highest number since records began ten years ago.

The impact of each death by suicide is enormous, extending beyond the individual themselves to family, friends, colleagues and class-mates. Dr Julie Cerel, President of the American Association of Suicidology, has reported that each suicide impacts around 115 people, 25 of whom experience devastating effects and will likely require intervention or support from services. Research evidence highlights that individuals who have been exposed to suicide (e.g. family, friends, peers etc.) are at an increased risk of adverse outcomes including mental health difficulties, impaired social functioning, suicidal ideation and fatal and non-fatal suicidal behaviour (Pittman, Osborn, Rantell & King 2016; Pittman, Osborn, King & Erlangen, 2014). The experience of knowing someone who has attempted or died by suicide is common amongst university students (Cerel, Bolin & Moore, 2013) with 21.5% of students in the US endorsing being ‘suicide survivors” (an individual that is ’personally affected’ by a suicide). Further, 65% reported they knew someone who attempted suicide or died by suicide. Given the profound impact of suicide, prevention is of great importance. Therefore, it is crucial to provide support to those who are struggling with suicidal thoughts.

Everyone has a role to play in suicide prevention. However, suicide is a sensitive issue that is still surrounded by high levels of stigma. As a result, people are reluctant to talk about it. This needs to change. This silence and stigma is harmful, and prevents individuals both talking about how they are feeling and seeking the help that they need. The following section provides some advice for students who may be worried that someone is considering suicide and are unsure how to tackle the situation.

One important way to overcome stigma is to engage in and encourage conversations about suicide. If you are concerned that someone you know is considering suicide, the most important thing you can do is ask them.

Often people worry that by asking someone if they are suicidal, they will either put the idea of suicide in their head or increase the likelihood that the person will develop suicidal thoughts or behaviours. However, research consistently suggests that this is not the case (Dazzi, Gribble, Wessely & Fear, 2014). In fact, asking about and acknowledging suicide may in fact reduce suicidal ideation and distress. Good social support and peer contacts have been repeatedly shown to be protective against suicidal thoughts and behaviours. Openly listening to and discussing someone’s thoughts of suicide can be a source of relief and can be key to preventing the imminent danger of suicide (Biddle, Cooper, Owen-Smith, Klineberg, Benneworth, Hawton et al, 2013; NHS Health Scotland, 2015).

Signs that someone may need support: Samaritans highlight that people may say things that may help you recognise that they are struggling to cope. For example, the individual may use leading statements, such as “you wouldn’t believe what I’ve been through” or “It’s like the whole world is against me. The organisation highlights that people sometimes say these things in the hope that you will pick up on them and ask what they mean so they can talk about how they are feeling. Another sign is the use of negative statements, such as “Oh, no one loves me”, “I’m a waste of space” or “life isn’t worth living”, even if it sounds like they may be joking. Other signs of difficulties with emotional health to look out for can be found at www.samaritans.org.

Ask: If you are concerned about someone, you should ask clearly and directly if they are having thoughts of suicide. Ask the question “are you thinking about suicide?” or “are you having thoughts about taking your own life”. By using the word suicide, you are addressing feelings directly and telling the person that it is okay to talk openly about their thoughts of suicide with you.

Listen and show that you care: Let the person express how they are feeling and listen carefully, calmly and non-judgementally.  Individuals with thoughts of suicide are experiencing unbearable psychological pain, and see suicide as their only solution to escape this pain. Let the person know that you care about them and that they are not alone. Be supportive and understand that suicide is complex and multifaceted; there often isn’t one main reason why someone will consider taking their own life (O’Connor & Nock, 2014; Hawton, Saunders & O’Connor, 2012). It is important to take anyone who talks about feelings of suicide very seriously. Respect their thoughts and reasons for feeling suicidal and do not dismiss them as silly or wrong. Just listening can provide invaluable support and bring great relief to someone, particularly if they have never spoken to anyone about their thoughts of suicide behaviour.

Encourage the person to get help: The NUS survey (2013) highlighted that more than half of university students experiencing mental health problems or dealing with suicidal thoughts did not seek support and one third of these individuals were unsure where to seek help at university. Reassure the person that help is available and check that they know where to find such help to keep them safe. If not, helping them find information as to where support can be found would be very beneficial. For example, encourage the person to make an appointment with their GP, or to call Samaritans (and Breathing Space if in Scotland). If the person has an immediate suicide plan and the means to implement this plan do not leave them alone and get help immediately by phoning a doctor, 999, a local crisis support centre, Samaritans, SANE or NHS24.

Look after yourself: Starting a conversation about suicide is very important and could bring relief to the individual experiencing thoughts of taking their own life. However, knowing that someone is considering suicide can be difficult and you may feel upset or scared. These are normal responses. It is important to remember that you are likely to need support yourself. Find someone that you can talk to about your feelings and offer support such as friends or family and remember to take some time out to concentrate on yourself too. In addition, you could talk someone at Samaritans or Breathing Space too.

The importance of language: When having conversations about suicide, it is imperative that we use sensitive and empathetic language that does not create unhelpful connotations (Nielsen, Padmanathan & Knipe, 2016). For example, avoid using the phrase “commit suicide”. The use of the word commit is associated with crime, negativity and wrong doing. Emma Nielsen, a PhD Researcher from the University of Nottingham, highlights in a recent blog (2016) that “People commit crimes. People commit moral atrocities. People die by suicide”. Suicide is not a crime and use of the term commit can increase stigma and discourage people from seeking the help that they need. Examples of more helpful phrases can be found in Table 1 below. For more information the importance of using non-stigmatising terms, refer to the original blog article: “Mind your ‘C’s and ‘S’s: The Language of Self-harm and Suicide (and why it matters)”.

Table 1: Examples of less helpful and more helpful phrases to be aware of when having conversations about suicide and self-harm.

Individuals dealing with suicidal thoughts often feel trapped and struggle to seek help and support from others. Suicide is associated with high levels of stigma which can further discourage help seeking – this is harmful and needs to change. Encouraging and engaging in conversations about suicide, using sensitive and empathetic language, can help reduce stigma and encourage people to be more open about how they are feeling. If you are worried that someone is struggling with thoughts of suicide, start a conversation – you might save a life.

If you are in need of some support, personally struggling with thoughts of suicide or are worried about someone contact Samaritans on 1161213 (FREE to call from the UK & ROI) or email jo@samaritans.org. Help is available 24/7. The number is free to call. In Scotland, you can also contact Breathing Space on 0800 83 85 87. 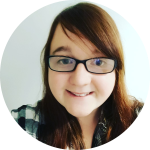 Kirsten Russell (@Kirsten_Russell) is research assistant and a PhD student within the School of Psychological Sciences and Health, University of Strathclyde (kirsten.russell@strath.ac.uk).

1 thought on “The importance of starting a conversation about suicide: Advice for supporting postgraduate peers”