By A. Jess Williams.

Recently, a senior professor has taken to saying to me “calm down, things go wrong, nothing’s perfect”. Sounds grand, right? But to my way of thinking, this is telling me that I’ve done something wrong or that people think I’ve made a mistake – that’s frustrating for anyone, but my sneaky little brain is saying “that’s it, you’re done, fired!”.

Not only is this a very dramatic reaction, but it’s also incredibly irrational (I have a contract, legal rights and everything)! However, it doesn’t go away and my reaction is still based on this same fear that if every single thing doesn’t go right, even something I’m not in control of, I will be cast out from my position in research. And everyone knows this is going to happen, we’re all just waiting for it, because everyone knows I’m not good enough to be here. I’ve just somehow gotten into the department and everyone is just as confused as me, to find me here. At this point, I’d like to say my department is really nice and supportive, but my brain is telling me I’m an imposter and they all know it.

Imposter syndrome[1] is a mutual enemy among many early career researchers (ECRs). In my experience, when I’ve laughingly mentioned it in a please-don’t-look-any-closer-than-this way only a few people haven’t replied with something along the lines of “bloody hell, yes, me too”. In many of us this is linked to our hard-won positions in academia. It’s claimed that students are likely to be affected by this delightful little thought-drill, because of competency and achievement within the pressures of education[1]. But in academic research, do we ever get away from that? ‘No’ is more common, than ‘yes’. Rejection is more common, than acceptance. That’s a researcher’s life, right? But does that mean we can never get rid of imposter syndrome?

I want to say yes we can and we will rid ourselves of this delightful fellow, but I’m personally not feeling that at the moment. So the thing I will say is none of us have to listen to these thoughts. But how to do this?

Step 1: It’s not ridiculous to be empowering

This is something I’m learning from the previously mentioned prof, and my long-term Self-Harm Research Group colleagues. Being British and awkward I constantly feel like this means being big-headed, but it isn’t. If you’ve written a great paper, why not suggest it to someone (particularly if it would help them to make a point or interesting comment in their papers, cheeky citation for you).

And when imposter syndrome is creeping in, I reckon using alternative techniques – “they didn’t want me for that job because I’m just too great”, can help to take the sting out of a rejection. It’s really silly but if it helps why should that matter!

Step 2: Surround yourself with great examples

I’ve found that more people want to be supportive and chat to you than there are people who want to see you fail. Having mentors who say, “Woo, I’ve got a new paper” or “Why not read this paper of mine, it’ll help your argument” is great:  these people are giving great advice and are out there showing people that you don’t have to wait for someone else to notice your work. Especially as with that lovely little imposter syndrome, chances are that you won’t believe the nice things people say anyway.

Step 3: Talk to your peers

Having the support from other ECRs, who you can moan to or you know also feel similar, is incredibly helpful and shouldn’t be undervalued. ECRs are especially helpful if you have the fear that talking to someone more senior may somehow ruin your chances in future employment (which in itself is nonsensical – it’s better to have an employee who knows their limits and recognises that, than someone who burns out because they’re worried to talk). But other ECRs know! They can give you a gentle slap and tell you that you’re being an idiot, they can empathise and they can understand.

Last step? Remember that this is only one part of your life

I’m being told not to use self-deprecating jokes when I’m uncomfortable (which is like trying to make a rabbit fly, some things are not meant to happen), but profs be wise, “you need to show people what you can do.” And not listening to imposter syndrome is one of those things. 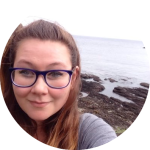 A. Jess Williams (@aJess409) is a research assistant in Health Psychology, University of Aberdeen (amy.williams@abdn.ac.uk) and is an associate member of the Self-Harm Research Group (SHRG), University of Nottingham.

1 thought on “One of these is not like the others: Imposter syndrome within early career researchers”