Recruiting people into psychological studies can be challenging, especially in an area as sensitive as suicide/self-harm.  Researchers are increasingly turning to the internet to recruit people based on the popularity and accessibility of social media.

Social media is now widely accessed by the general population, with approximately 89% of UK adults accessing the internet at least once a week [1]. Worldwide, Facebook is estimated to have 2.23 billion active users [2]; Twitter approximately 321 million users [3]; and Reddit approximately 1.65 billion users [4]. From my experience, Facebook and Reddit are the most fruitful recruitment avenues because, (i) they also have sub-groups (620 million and 7,157 sub-groups/Reddits, respectively), and (ii) other sites like Twitter are fast-paced where posts can quickly get lost. In Facebook groups and sub-Reddits, communities of people with a specific interest or need can communicate with and support one another. So, given their accessibility, these online spaces can be useful places to post recruitment advertisements for research studies.

In suicide research, increasing amounts of evidence demonstrate that asking about suicidal thoughts and behaviours does not usually cause harm [5]. And yet, there are ways in which we as researchers could invade people’s private online spaces that we need to be careful of. In other words, it’s possible that how we ask people to take part in suicide research could potentially be harmful (e.g., by intruding upon online support communities). In this blog, I will offer some general guidance and recommendations (some perhaps common sensical). These are based on my experiences of having recruited approx. 2800 participants across five online studies so far, including those who experience suicidal thoughts in the general population, those with anorexia nervosa, those with autism, and cancer survivorship.  I also include papers on ethical online recruitment generally [6] and specifically in self-harm research [7] that I have found useful in the reference list.

This is probably a good place for me to give a quick disclaimer – I am by no means, nor claim to be, an expert in online recruitment using social media. However, I have frequently been asked about my recruitment methods at conferences and so the aim of this blog is to provide some pointers and/or things to be careful of, based on my experiences.

So, what are some best practice recommendations for recruiting people who experience suicidal thoughts and engage in self-harm using social media?

#1. Always ask for permission from the moderators or admins of the group.

For many, these sites (particularly Facebook groups or sub-Reddits) are where people can be honest and open, disclosing personal information confidentially, while receiving support from others.  Having your study approved by the gatekeepers of these communities is essential to foster good relations.

Similarly to #1, if the admins of the groups have let you post, it’s important to be respectful of their willingness to support a project and not overwhelm the page with a study – this is spamming. This is not only annoying but can mean that the owners of the group are less likely to agree to research study advertisements being posted in future. I therefore recommend asking the administrators for their preferences, but generally leaving a minimum of two weeks between posts for a group that has many active members (as the post turnover will be quicker), but a month for less active groups (e.g., those with less than 8 posts a day).

This is a general recruitment tip, and is related to #2. By posting at different times of the day, particularly on popular groups with thousands of active members, you reach people from different countries with varying time zones. That way, you don’t spam those who are active at certain times of the day and maximize the reach of your research study.

#4. Respond to all comments on your post where possible, but don’t rush to reply.

It is important that your participants feel valued. Often comments on study recruitment posts are very positive – people value the research, because ideally it will benefit people with these experiences in the future. That said, it is also highly likely that at least some people may disclose sensitive information to you or respond negatively to the study, which is easy to take personally. On occasion, it can be tempting to be dismissive of some comments. Maintaining a professional distance can be tricky in this instance, so I would advise speaking to the admin of the group, your supervisors and/or members of the research team regarding an appropriate response. That way, you can take the time to form a considered reply. Do make note of any critical/constructive feedback, however, as this can inform your future studies and make sure your participants feel respected.

#5. Post summaries of the findings to the groups upon study completion.

You are getting something from people in these groups, as they are taking the time to share their experiences with you by answering questions in your survey. I’ve found that some people tend to email me asking for summaries upon study completion, but I think it’s also important to actively feedback to that community. Not least because if they see the value of the work, they’ve been a part of, they may be more likely to take part in other studies.

I’ve only recently started to keep databases for each study that I recruit for. I also ask where people heard about the study in the questionnaire. I believe this demonstrates good record keeping, for example, for dissertation examiners and could also provide nice feasibility data on effective recruitment methods (especially with longitudinal studies) for publication. 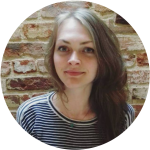 Rosie Pendrous (@rosiependrous) is currently a Psychology PhD student and a Research Assistant within the Centre for Contextual Behavioural Science, University of Chester, England (r.pendrous@chester.ac.uk).

2 thoughts on “Experiences of online recruitment for suicide research: Some best practice recommendations”