Here are some notes from thoughts shared in our discussion, kindly summarised by Jessica Leather. 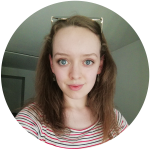 Jessica Leather (@JessZLeather) has a masters in Health Psychology and is a PhD student at the University of Manchester (jessica.leather@postgrad.manchester.ac.uk). Her project is funded by the NIHR Greater Manchester Patient Safety Translational Research Centre.