I have always had an interest in theoretical perspectives of suicide – so much so that I convinced David Lester to edit a book on the topic with me [1]. I even attempted my own supposition on a theoretical framework some years ago [2]. However, as I developed as a scholar and my education ventured away from psychology programs and into the human development and family sciences, my thinking on theoretical perspectives has shifted. I would like to use this blog as an opportunity to discuss one issue I have seen raised – our lack of context within frameworks for suicide. Context matters and I believe one framework, frequently missed in suicidology, can be useful to reconciling our psychocentric theories with a broader context: bioecological theory.

Bioecological theory, coming from the developmental sciences, places an individual’s development within the context of various spheres of influence [3]. These are nested systems starting at the level of the individual and expanding outward to more abstract, macro-level influences. These are illustrated in figure 1 [4].

At the core of the model is the developing individual, who both influences and is influenced by their environment. At the next level of abstraction is the microsystem, which is the immediate environment of the child, such as their home, school, childcare setting, and so forth. The mesosystem refers to the interconnectedness of the microsystems and the way they interact to influence the child. The exosystem does not directly impact the developing child, but rather does so indirectly (e.g., a parents employer is not a direct environment of the child, but if there is stress at work it will very likely influence child-parent interactions). The macrosystem influences the child through cultural practices and attitudes and is the most abstract layer of influence. Finally, the chronosystem/time is also incorporated into the framework to highlight how persons and the environments they are exposed to change with the passage of time. What is perhaps the most important in the figure, however, are the arrows. Behavior is best understood not only when you consider the influence of these various spheres, but also their interconnectedness.

The bioecological model went through a series of evolutions ultimately culminating in the Process-Person-Context-Time Model (PPCT) [5]. Processes refer to the interactions that occur between persons and their environments. The impact of these processes will vary based on personal characteristics, environmental characteristics, and timing. Person refers to the personal characteristics of an individual – such as age, gender, physical appearance, impulsivity, curiosity, and so forth. Context refers to the five interconnected systems outlined in earlier work and discussed above (e.g., microsystem, mesosystem). Finally, time – further expanded upon by the PPCT model and can refer to what is happening during specific processes (e.g., play), how these processes are interconnected across time, and how culture and societal pressures shift across time.

Why might it be important to link bioecological perspectives with suicidology? One reason is that there is a trend in suicidology toward “psychocentrism” [6,7] . Suicide is often seen as an internal problem tied to mental illness or psychological constructs – with context often left out or considered only as an after thought. My own theorizing on the origins of suicide can be criticized along these lines [2] – as it focuses on individual level factors, such as psychological pain and perceptions of being trapped. The dominant theory of suicide, the Interpersonal-Psychological Theory of Suicide (IPTS) is largely focused on psychological characteristics of those experiencing suicidal thoughts and behaviors and has been criticized for just this [6].

There has been a recent push, however, for exploring suicide with a greater focus on context. In responding to a critique and defense of the IPTS by Hjelmeland and Knizek [8] and Klonsky [9], respectively, Abrutyn and Mueller outlined how suicidology could be advanced by sociological perspectives [10]. Likewise, Standley drew explicitly from socioecological approaches and intersectionality in their discussion of suicide among youth [11]. Recently, colleagues and I attempted to reconcile the higher rates of suicide among Black children (those aged 12 years and younger) compared to their White counterparts by drawing inspiration from intersectionality, bioecological theory, and the IPTS [12]. In presenting that work at the 53rd Annual Meeting of the American Association of Suicidology – we used Figure 2 to highlight how risk among Black youth could be conceptualized using bioecological theory.

In the above figure, my colleagues and I attempted to show the different levels of influence potentially working on Black children to increase their risk for death by suicide. At the individual level, suicide is almost certainly related to perceptions of burdensomeness, a lack of belonging, and distress. However, these are individual-level factors that both influence and are influenced across multiple spheres. All of these individual-level factors are influenced by the immediate environment (e.g., family support, peer group), the community (e.g., poverty, discrimination), the culture (e.g., systemic racism, white supremacy), and the interconnectedness and interactions across these domains.

Human behavior is complex – the result of an amalgamation of different interacting systems. Suicide is no different. Yet many of our theories and our considerations of what motivates an individual to die by suicide is stuck at the individual level – or at best on the immediate environment. Suicide is complex and our theoretical perspectives must take that complexity into account. 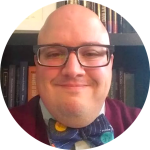 John F. Gunn III (he/him), (@JGunnIII) is a postdoctoral associate at the Center on Gun Violence Research (@NJGVRC), at Rutgers University (Newark, NJ, USA). His research interests focus on theoretical explanations for suicide, suicide within a developmental context, and media impact on suicide.