Language: the source of much debate

Talking matters; we want people to be having helpful, open and compassionate conversations about suicide. A central aspect of supporting this is developing a comprehensive, clear and evidence-based understanding of what language people find acceptable, and what is not acceptable, when doing the talking. Here, it is important to think about the whys – why are certain phrases more or less acceptable? – as well as the whats – what language is preferable? Considering the language that we use is important as language both reflects and shapes assumptions, influences thoughts and memory, and affects attitudes – including stigma – and behaviour – including help-seeking [1-7].

Addressing the question of acceptability

Researchers at the University of Nottingham, University of Bristol and Samaritans have recently come together to ask the question, what do people really think about the language we use when talking about suicide? Specifically, we asked adults affected by suicide to rate the acceptability of phrases commonly used to talk about both fatal and non-fatal suicidal behaviour, indicate their most and least acceptable phrases and outline the reasons behind their phrase selection. Nearly 1,500 people from majority native English-speaking countries completed the online survey.

“Attempted suicide” had the higher acceptability for talking about suicidal behaviour where the person had not died. When explaining why this term was considered the most appropriate, people most commonly spoke of the perceived accuracy, clarity and neutrality of the phrase. The phrase was also considered to reflect the motive and seriousness of the behaviour, without being euphemistic or imposing an explanation:

“Took their own life” and “died by suicide” had the highest median acceptability score when talking about fatal suicidal behaviour. “Ended their life” was also considered to be acceptable by the majority of people who completed our survey. “Took their own life” most commonly received the highest acceptability ratings. Participants who provided an explanation for their selection often indicated that the term reflected the individual’s agency. The phrase was also considered descriptive and softer in tone than alternative terms.

“Committed”: a picture of division

The phrase “committed suicide” truly split opinions: the acceptability scores spanned the entire available range and the reasons given for and against the use of the phrase were commonly the flipsides of the same argument. Reasons for choosing “committed suicide” as a preferred phrase for fatal suicidal behaviour were that it was accurate, non-euphemistic, ‘to the point’ and widely used. Some people explicitly disputed the notion that the phrase encompassed criminal undertones:

However, many people found the phrase to be the least acceptable. Respondents most commonly cited the criminal connotation associated with the phrase as the reason for this decision. A number also perceived it to be outdated:

What language should we be using?

While the phrase “committed suicide” split opinion, participants who selected “committed suicide” as the most appropriate term generally considered “took their own life”, “ended their life” and “died by suicide” as acceptable alternatives. One Twitter respondent to our survey wrote “If only one person affected feels wounded by the use of the word ‘commit’ in relation to suicide, that’s enough”; arguably, as more acceptable terms have been identified, we should be advocating for their use (as fewer people are likely to feel wounded by these more commonly acceptable terms).

If only one person affected feels wounded by use of the word 'commit' in relation to suicide, that's enough. I've been affected, and I ask you not to use it. Writers, media pals, please choose your words carefully when discussing death by suicide. See below for better terms 🙏🏾 https://t.co/kKgMRhz8Po

While it is important that we are clear that people have the right to speak about their own experiences in the language that they choose, we advocate for the use of the most commonly acceptable phrases when discussing suicide in the media, academia and clinical practice (at least until it can be determined what language is preferred by the person you are speaking to, where reflective consideration of language may be appropriate). Therefore, we recommend adoption of the phrase “attempted suicide” to describe non-fatal suicidal behaviour and the phrases “took their own life”, “ended their life” and “died by suicide” to discuss fatal suicidal behaviour. 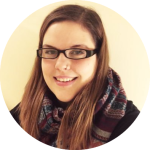 Emma Nielsen (@EmmaLNielsen) is a PhD student in the Self-Harm Research Group (SHRG), University of Nottingham (emma.nielsen@nottingham.ac.uk) and an Associate Fellow of the Institute of Mental Health.