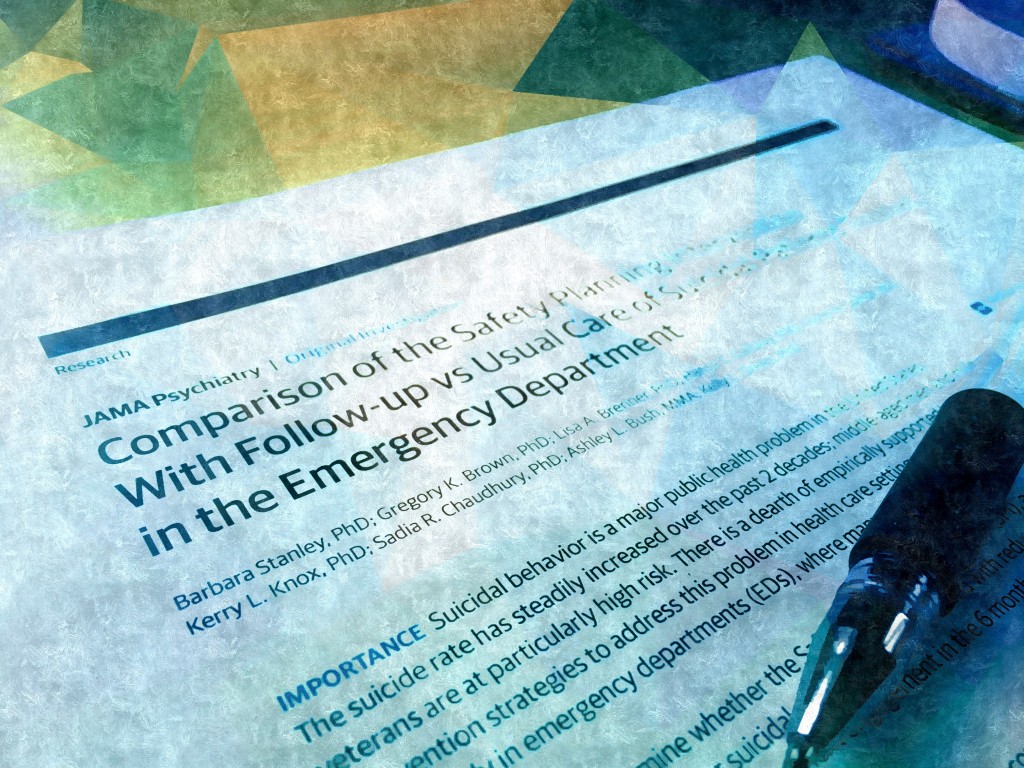 On Monday, 30th July at 10am (GMT) we had our monthly online journal club session and we discussed the paper:

Here are some notes from thoughts shared in our discussion.

The paper adds to growing evidence base regarding the efficacy of safety planning, and follow up contact interventions.

Discussions largely focused around avenues for future research which seek to:

And here is an interview with Barbara H. Stanley, one of the authors of the study: Interview audio.